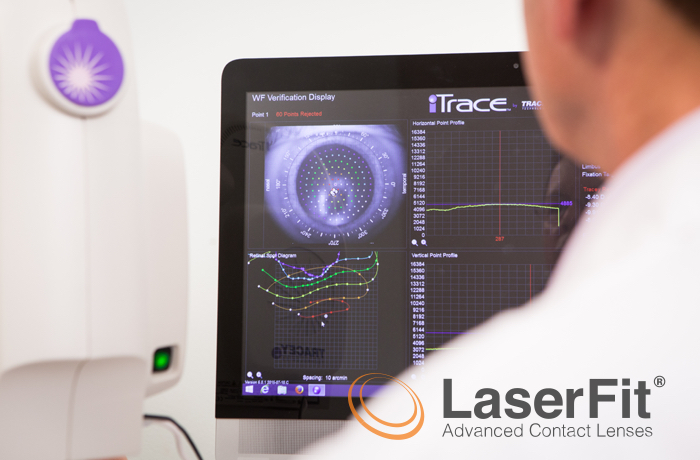 Continuing our series of case studies is another ectasia patient whom I first saw in 2011. His diagnosis was pellucid marginal degeneration, but his left eye was the more problematic eye in terms of vision. He was wearing a Biofinity Toric lens in his right eye and a hybrid lens in the left. His best corrected vision in the right eye was 20/20 with spectacles or soft lenses, but only 20/30 in the left eye with the hybrid lenses or spectacles.

Two years later his vision had deteriorated a bit. We re-scanned him and refit him with the 3D Laserfit lenses. The first set fit perfectly and were more comfortable than his previous Biometric lenses. We used wavefront guided optics for the left eye and once more got him to read letters on the 20/20 line in that eye.

The aberrometry results are shown in the following table comparing the regular non-wavefront lens to the lens with wavefront guided optics. Even for a 4.90mm pupil the results are quite good, resembling values for the normal population. He noted that there was an absence of ghosting or other artifacts.