You are here: Blog / Scleral Contact Lenses / The Tyranny of Snellen 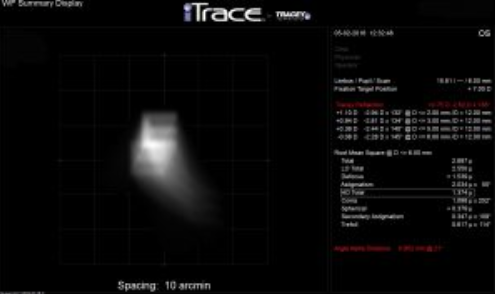 Dutch ophthalmologist Herman Snellen developed the chart in 1862. We are still using it to define human vision 154 years later.

The phoroptor can trace its origins back to 1909. Today, 107 years later, it is still being used to test vision and calculate refractive error for eyeglasses and contact lenses.

The first eyeglasses were made in 1286, and the first correction for astigmatism appeared in 1825. The same lens construction is still in use today.

By comparison, Alexander Graham Bell received a patent for the telephone in 1876.  In the 140 years since, the telephone of Bell is barely recognizable. The Wright Brothers flew the first successful airplane in 1903. Since then people have walked on the moon. See where I am going here.

Case in point is this gentleman with keratoconus that is severely advanced in one eye and moderate in the other. With spectacles he is corrected to 20/25+ in the better eye. We should be patting ourselves on the back for this accomplishment. Or, should we? Let’s look at the aberrometer simulation of a 20/40 letter unaided showing only the higher order aberrations. 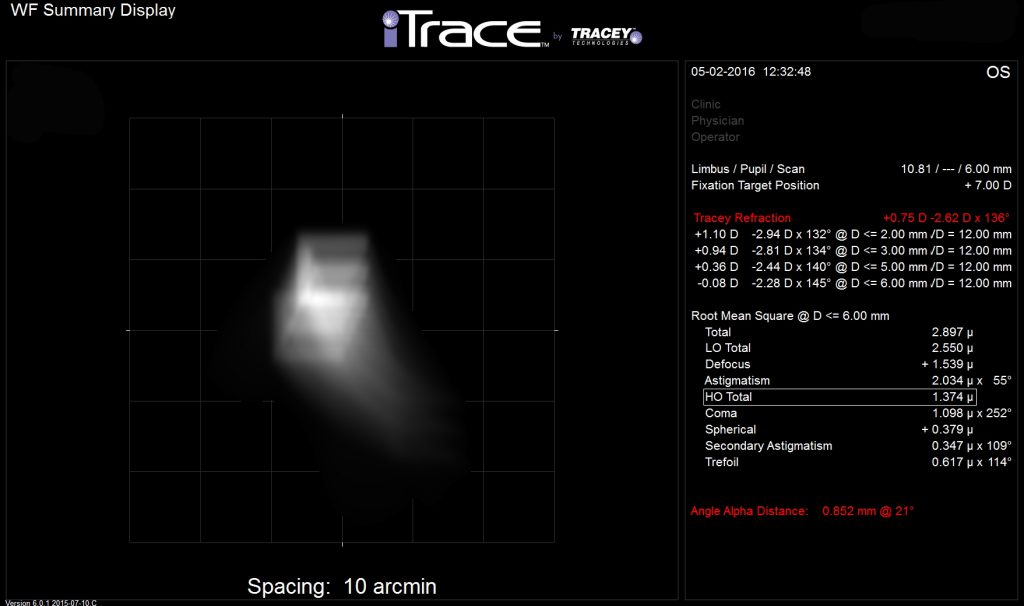 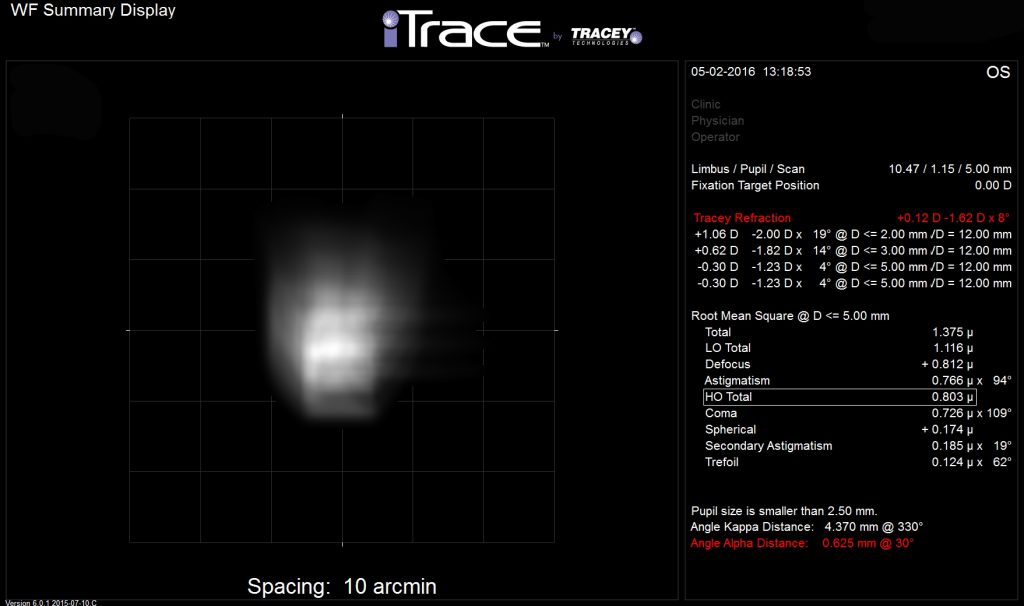 That doesn’t seem like such an improvement, does it?

Now with further reduction in the higher order aberrations, the Snellen letter is looking more legible. 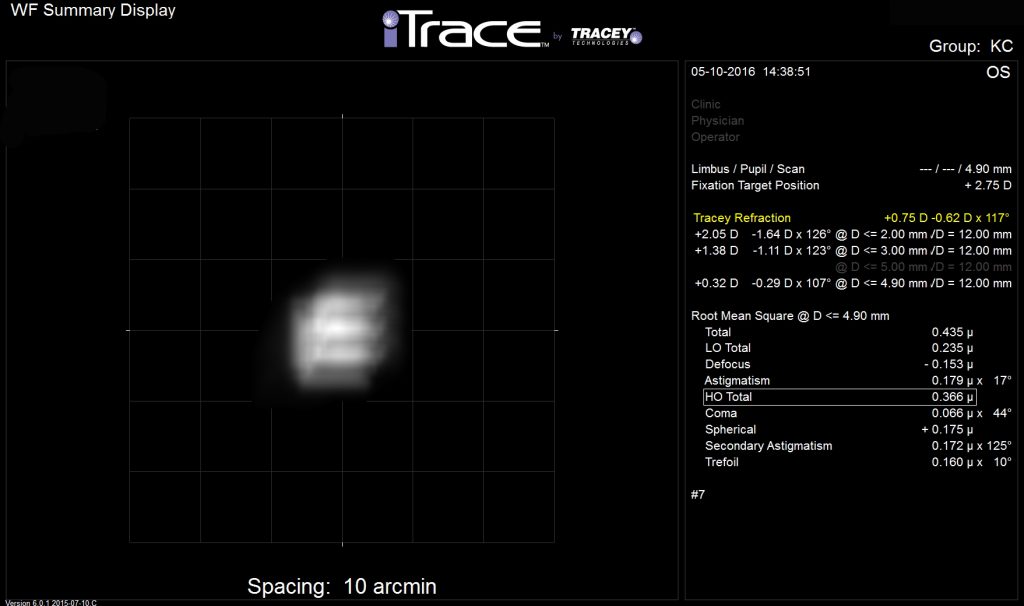 We need to stop saying “well done” simply because we can get the patient to a particular line on the Snellen chart.  It is evident to those who measure and keep track of such things, that the patients may not be seeing as well as we think.  If you ask the patients, they will tell you.

In the year 2016, it really is time to give serious thought to advancing the art and science of refraction and vision correction.  There really is no longer an excuse for not doing so.